The Loss of Fans

A good person and a loyal wrestling fan Jason Zuehlke has passed away unexpectedly today. I saw him last week when I officiated the wedding of his friends. He was very polite, and was a good soul. He and his friend Gary were big Funkmaster fans and I appreciate the support they gave me through the years. Gary also passed away recently in Kansas.

Gary and Jason were great wrestling fans, and the first to really "Believe in the Funk." They were close friends. Here is a clip of Gary calling into the TXW Talk show and pushing the show like he used to do. I think Jason was too bashful to call very often- but he did occasionally. I always appreciated the energy they gave back. We as wrestlers downplay the importance of what fans can give you. They will be missed in the wrestling world and more importantly in their circle of family and friends.

Libertarian of Funk Time: My first job in radio was in 1995 working for an ultra conservative whack job radio station that stated Rush Limbaugh was too liberal to be on the station (he would also want too much money). Point is, I remember conservatives always warning us about Big, Tyrannical government that will act like the Nazis and take away our freedom. After all of these videos of police departments with tanks, grenade launchers, and dressed in Riot gear constantly, mistreating the media and public... where are you now? I listened to Sean Hannity yesterday... he was chastising the public for reacting the way they were and making excuse after excuse for the out of control police and their inexcusable behavior. You poor people that vote Republican, (poor meaning you make less than 200K a year) do you not care that you are being played for fools? I have been on this earth for 40 years... I know one thing is True! The Republican party cares nothing about freedom, justice, Jesus, or doing what is right.... THEY CARE ABOUT MONEY- THAT IS ALL. 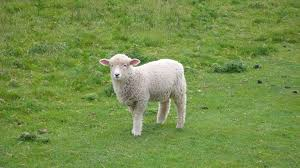 Wake up, little sheep.
Posted by Funk Babies at 4:16 AM No comments:

NO DQ Tussle for the Title

Here we go again, August 16th at ETCW- Funkmaster V will face Big Luke Walker for the third straight time with that Title on the Line, daddy!!! Wait that is what he says... Because of how the match ended last time, this one will be a Non DQ match... right op the Funk-Man's alley. (This Funk-Man's.... not Luke). That's right- Luke has been hit in the head, now thinks HE is my replacement on Earth named Funkmaster VI, and now talks to an invisible something named TOOFY. Here's some video (a Dance Off- a Match- and a Doctored Illegal Interception of a Intergalactic Space Transmission) to catch you up on the craziness.