Attention Funk Nation! Funkmaster V will be on world wide TV Sunday. I play Phil Hartman's make-up artist on Brynn Hartman's episode of Snapped. This will be airing at 9PM on the Oxygen channel, Sunday, January 3rd.

On a personal note, it was neat to be involved with something that has to do with Phil Hartman. He was an enigmatic guy: artist, comedian, and was a good straight man, which is hard to do in comedy. In my opinion he was the SNL glue for all of the Farley, Sandler, Spade years. Taken from us way too soon. Watch this sheee
Posted by Funk Babies at 1:35 PM No comments:

As I was scrolling through Facebook today, I saw a post that grabbed my attention: MORTAL KOMBAT > STREET FIGHTER!!! NOT EVEN CLOSE!!! 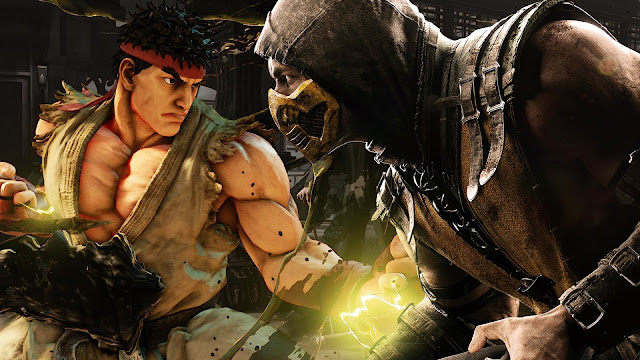 Well.... I could not let this slide by. You see, I am old enough to remember the arcades back when you went to arcades to play the best video games anywhere... not to play 5 second games that suck, to redeem tickets for toys you don't need, and then they broke in the car on the way home. I once proudly stood at Aladdin's Castle at East Towne Mall and defeated a gigantic line of people... I went 52-0 on one quarter, before I had to go. I was never beaten that day. The plus side to this was that people could not understand what was happening... I was beating everyone with the Russian wrestler, Zangief. 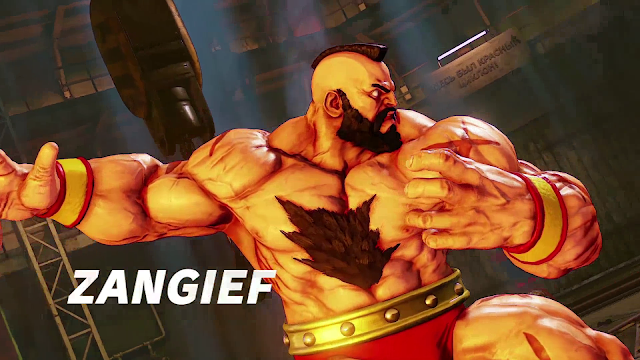 You see, I knew something then that most of the kung-fu watching public did not know at that time. Grappling was superior to Striking. This was also in the days before the UFC became redneck religion. I was a green belt judoka around Street Fighter 2's hey day. I was recently thrown out of the state championship for "trying to break a kid's neck" (which was an excellent back story to add to my career bio in pro wrestling later on). I was a judo badass. I beat grown men and kids my age alike. I once won a tournament in less than a minute.

I also did very well in "free-sparring" at that time. "Free-sparring" pitted people of different disciplines against each other in a very controlled match. No blood and gurgling like you see in the UFC, but a lot of stoppages. I seemed to always surprise these skinny kids after they missed with a beautiful crescent kick and shot in to take them to the ground with a delicious double leg takedown. They would freeze like a small animal and just look at me as I squeezed their rib cage to the point where they could not breathe or speak. Big, dead, clueless puppy eyes staring into mine. I found this fun.

So for me, Street Fighter was the first time I could prove to people outside of the martial arts world this principle. I could take a slow ass, dumb Russian, absorb your kick to my face, and then piledrive your head into the cement and KO your neckbone. I was a big believer in grappling arts, so I enjoyed this opportunity immensely. I wasn't great at Street Fighter 2 at first. I loved Zangief, the game's pro wrestling-grappler, but he was very hard to figure out how to use. I cut my teeth on the game at the coolest place in the neighborhood: the Himlin's basement. David, my best friend in the neighborhood, kicked my can regularly with Guile about 90% of the time. His brother, Adam, was good with several players, and he normally kicked my ass with Chun Li, Vega, or Ryu. But, I wasn't hapless, I generally beat the other kids in the neighborhood regularly who used E. Honda, Ken, Balrog and the rest. This trial by fire would make me a battle-hardened vet, but I was too competitive for my own health. I almost had a gambler's like addiction to the game. I once played for 16 straight hours at the Himlins... only winning 76 times (that wasn't good). I once was busted playing Street Fighter with David instead of going to school... and once, me and my guitar player almost ruined a recording session with Steve Vai's recording engineer by playing Street Fighter 2 for 10-12 hours before studio time... a session I barely lost to JR Horn 100-98. It was Vega vs. Zangief... the session ended as JR's dad woke up, found us in the living room and said, "YOU'VE BEEN UP ALL NIGHT! YOU GUYS ARE GONNA SUCK IN THE STUDIO!" He was wrong, we kicked sonic ass. But it was still crazy to do that. Eventually, using old Street Fighter 2 tactics, I ascended to be 69th in the world on Xbox live only using Zangief... and even recently won a tournament at a local video game shop... earning me a cool $10 in store credit. So yeah... it wasn't a waste of time.

So you can see I'm passionate about SF2. Getting back to the Mortal Kombat debate, I bragged that on this fellow pro wrestler's facebook page that I could name 10 reasons SF2 ruled over MK, and he dared me to do it. I did. He never rebutted, which either means I got him, bored him, or won. Anyways... here are 10 reasons that Street Fighter is better than Mortal Kombat. 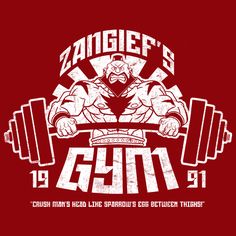 #1- Before MMA, there was Street Fighter. You got to see Muy Thai vs. Wrestling, Karate vs. Boxing etc. Before UFC 1... you had to rely on bad Jean Claude Van Dame movies to scratch that "What if?" martial art itch

#2- Everyone in MK is the same size. In Street Fighter, you have fat, skinny, short, tall and medium sized players... making it more realistic and presenting more varied gameplay strategies.

#3- Combo system. Even though it was created by accident, the unblockable combo system is an awesome way to jack someone up... you had to spend time to perfect the combos... and once you did... you were the man and were rewarded by taking a huge chunk of opponent Health

#4- Zangief- Introduction of the first grapple based fighter in video game history.

#5- Cast of characters- 3 to 4 of the main characters in MK look the same except for color changes. In SF2, you get to pick from gay kick boxers to gay matadors... and all points in between. Hell... you even get a tranny!

#6- Suspension of disbelief. If I rip out your spine and kill you, or destroy your testicles... and you pop back up for next match in perfect health... what have we done except waste time? Was the previous match imagined? dreamed? In Mortal Kombat it is kill or be killed: one match and you're done. A big series makes no sense. You can imagine the SF characters fighting for hours... because its a like a sport.

#7- Nation pride- It's also like the Olympics! Americans vs. Japanese, Brazilians vs. Thai, etc etc etc. Except now you dont have to watch boring crap like people running, fatties throwing heavy balls or pistol shooting to get your patriotic jollies off

#8- Special Move Categories- Your favorite characters typically fall into special move categories... like charge/ combo/ 360/ technical, or some sort of hybrid. This made the gameplay more personal and varied. For example, I'm great at 360 grapple characters but I cant play a charge character worth a DAM. In Mortal Kombat, most character's special moves inputs are similar to each other.

#9- Enough with the MK Uppercuts... really

#10- SF characters play well with others- Tekken, Capcom, Superheros, cartoons... whatever the case, you can throw a Ryu and a Chun Li and a Guile in a universe with whoever and you dont have to worry that someone is going to decapitate that little blonde girl with the mop bucket. 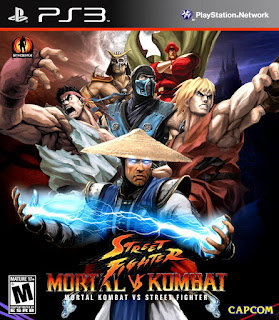 Anyways... those are my opinions. What do you guys think? Send me a message on FB and tell me off! I'm used to it! Vinnie Vineyard - Funkmaster V
Posted by Funk Babies at 5:10 PM No comments: