The Worst Match in History

Big Luke Walker and Funkmaster V breakdown the match from East Tennessee that exploded to over 30,000 Youtube views in a few hours: Aj Gann vs. Chris Pankow. Many sites may do shows about this match, but Funkmaster V provides some special AJ Gann insight. Funk shares some hilarious AJ Gann stories, the worst match ever is shown, Luke shares his WWF Totally Enough Divas Audition Tapes. Sponsor: Funkmaster V's Gigantic Tubes of Cheese

Also, the mobile/ podcast version is available on the Offshoots Podcast Network
http://theoffshoots.podbean.com/e/god-makes-beautiful-things-ep-4/
Posted by Funk Babies at 2:30 PM No comments:

Funkmaster V declared his return to wrestling at the last SAW show, with his sights set on Shane Daniels and ending that winning streak. Plus, Funk would like to add the SAW Heavyweight Championship to his bulbous trophy case. The gauntlet has been thrown down!


As a couple of warm ups, Funkmaster V will be returning to the ring at ETCW against an old foe, Demetrya. These two have won Rivalry of the Year awards and Match of the Year awards against each other before. Between the man of Funk and the Man/Woman of Ambiguity... it should be a spectacle to watch.

There will also be an announcement for Funkmaster V's warm up for Shane at Severe Attitude Wrestling. In the meantime, sink your teeth into God Makes Beautiful Things Episode 2. Discussed: Lesbians, God, CM Punk's real hometown, East Tennessee wrestling, and beyond. 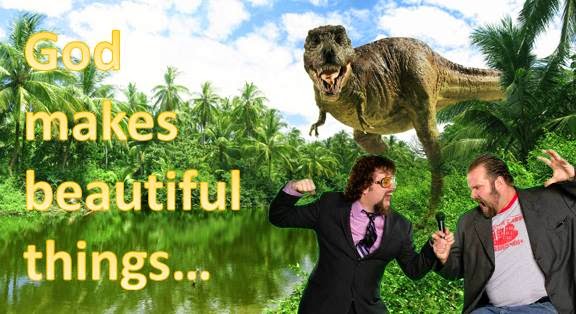 Overview
Luke Walker and Funkmaster V take you on a phantasmal ride, some wrestling, some politics, sex, video games, humor... but all in all, pure awesomeness!
Episode One
The newest Podcast from The Offshoots with the hosts Luke Walker and Funkmaster V... they discuss the upcoming Severe Attitude Wrestling show on April 11th, why Funkmaster V took a break, Austin's response to the fans for failing that drug test, Shane Daniels' streak, Dante HP's High Risk Challenge, why Steven Cadillac Burns may be the next big thing and which wrestlers in East Tennessee are gay. Tune in... it might be you.
Two Ways Two Listen
Not only can you listen to the podcast on the Offshoots network based out of Texas, which means you can listen to it on mobile devices and iTunes and the like, you can watch out the shows on Youtube, sometimes featuring exclusive video content, matches, etc. Hop on the funk train and let's get it on...............
﻿
The Offshoots Podcast Version: ﻿
http://theoffshoots.podbean.com/e/god-makes-beautiful-things/
The Youtube Version:
https://www.youtube.com/watch?v=HqHPxCilbaE﻿
Posted by Funk Babies at 5:48 AM No comments:

I took a break from wrestling to re-evaluate a few things and like the dam mob, they got their meathooks into me and they are dragging me back in. Apparently, Severe Attitude Wrestling has themselves a touch of cancer.... Champion Shane Daniels. Shane has been a wrecking ball in the past... destroying almost anything he comes in contact with: TXW, SAW, the stable Detroit Funk City, Maskerade's flaming back, ring ropes, title reign records, and undefeated streaks. Needless to say, Shane is all about Shane.... I am all about love, big legged women, and the FUNK. Here is my message for Mr. Pee in My Cheerios himself. I have a surprise for ole boy!!! 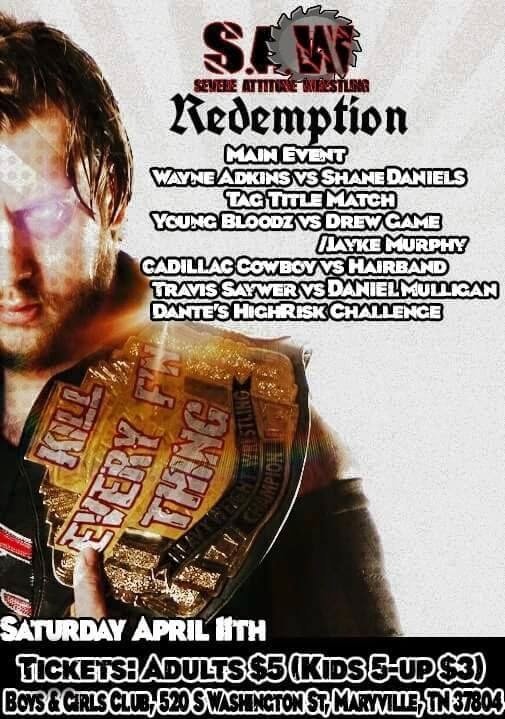 Posted by Funk Babies at 8:04 AM No comments: