The guys have had success with their podcasts God Make Beautiful Things, Big N Funky's Ghost Show a Go-Go, and Beautiful Things... but now they have a self produced show on Wednesday nights at 7PM EST through stream yard. You can watch it on their Facebook links, or by going to their Youtube Page every week. This is their FIRST video podcast and it even has a chat room like their ParamaniaRadio days. The guys are producing more content than ever... and their big project is a full length feature film called "The Hike". Have you ever wondered what its like making a movie? Well then watch their podcast. It's not easy!!!

Mo from the Whirrled of Big N Funky

How to Get Rid of the Hamilton Ear Worm

Posted by Funk Babies at 8:49 PM No comments:

Filming Day One - "The Hike"

Filming Day One - "The Hike" 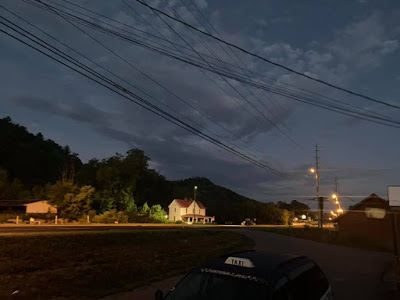 Shooting starts today for our movie. Big N Funky Productions has been in pre production for almost a year on this thing. I gotta say, I’ve got butterflies for the first time in years. I’m excited... I hope the work is solid and the finished product is as good as I envision it can be. Praying for clear skies, good audio, on screen chemistry and safety.

Posted by Funk Babies at 3:15 AM No comments:

I know you have heard us talk about ASY Paranormal in the past, and those of you who purchased it- we thank you. But now, ASY TV has a chance to get on the a huge worldwide stage as ASY Paranormal resorbs back into ASY TV and launches on ROKU, FIRESTICK, and APPLE TV on July 15th 2020. Big N Funky Productions will have 2 new episodes of Wrestling With Ghosts launch that day, a new episode of Haunted Graves, and 2 new episodes of It Happened to Me. We are also in pre-production of a comedy based show and a conspiracy based program for the network. Use promo code "FUNKY", and Big N Funky will get paid $$$ for the content we create directly!!!

Are you sad? bored? Lonely? You got rheumatoids or the nubbs on your jibbs? Let the sexies at Big N Funky Productions flow through. The funk not only moves... it can remove... ya dig?

Posted by Funk Babies at 3:36 AM No comments:

Let's Dance Madly Backward
Some Videos We Made

We are getting dangeroulsy close to starting to film our movie "The Hike", we will get into more of that later. ASY TV is about to launch on Roku, Apple TV, and Firestick. WE ARE REAL EXCITED ABOUT THAT. But for now, watch some of the content we have made. There's also some free episodes of some of the BNP shows from ASY TV included.

How Men React to Unfaithful Partners

This episode actually features my brother, John Vineyard telling the best story I have ever heard that didn't involve Jesus or Funk Bands. This series is featured on ASY TV. You can share your own ghost stories with us for the show, just email sweetfamilyfunk@yahoo.com

This edition of Gettin’ Hip With the Atari 7800 features the renown homebrew video game programmer Bob Decrescenzo (aka Pac Man Plus). In this interview, Bob tells Funkmaster V (Cousin Vinnie) why he makes games for the 7800, how he chooses what titles to make, which popular game he almost threw the towel in on, which game he DID scrap, the passing of Ken Siders, the development of the XM module, amazing projects on the horizon and much more. Also: Funkmaster V says "the F" to a very nice man and they rap about Roof Pooper. #atari7800 #homebrew #atari Special thanks to Atari Age and the YT channel Trebor's Stuff for video clips and images

Funkmaster V calls into work at the Shroud of Turin Museum in Pigeon Forge after an entrepreneurial idea strikes. #prankcall #jesus #shroudofturin

Posted by Funk Babies at 3:12 AM No comments:

The World is Ending- Let's Get Funky

B Movie TV Saturday at 6pm 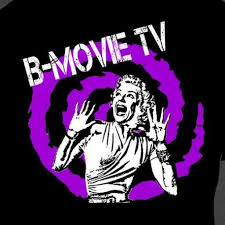 OK lovelies, I'm going to take a break from the world falling apart to tell you that this weekend is going to be quasi-important in the world of Big N Funky Productions. Tomorrow, we are going to have content featured on B MOVIE TV at 6pm EST on ROKU. It's free, so download the station! Check it out, it will be fun to watch our craziness on TV.
Sunday, we will be shooting another episode of ASY TV's Haunted Graves featuring Travis Leander Sagraves and Kandi Thompson. Luke Walker and I will be there to direct and film at the Greenback Castle cemetery, and the four of us will be working on our upcoming full length horror movie "The Hike". I hope you guys can also have some fun with the people you love. Blow off some steam... we ALL need it. Also, subscribe to this Youtube Channel. It's the bee's friggin knees.

VH1 Behind the Music- Tim Cappello's "I Still Believe"

Posted by Funk Babies at 2:54 PM No comments:

Video Games and Ghosts
WHAT MORE DO YOU WANT???

Top 5 Clips of Unique Paranormal Evidence
From Wrestling With Ghosts

From ASY TV: Big Luke Walker breaks down the top 5 Unusual clips of evidence from the first 2 seasons of Wrestling With Ghosts. Included: A spirit rating a cartwheel competition, a red balloon appearing out of nowhere in an abandoned dam during It 2's theatrical run, ghosts yakking about politics, a malevolent force creates a hostile milieu between friends and an alleged wendigo is annoyed that the guys are peeing in his living room. #Paranormal #UnusualEvidence #FunnyGhosts

Posted by Funk Babies at 3:30 PM No comments: